Team Buckley are permitted during any lockdown to remain open for business for in-house Osteopathy/Physiotherapy/Sports Therapy treatments for both existing and new clients.

Here at Team Buckley, our aim is to provide sound, evidence-based assessment and treatment of common musculoskeletal injuries and complaints. We are proud of our outstanding team of fully qualified therapists, all of whom have extensive experience and a strong focus on recognising how various factors come together to constitute a therapeutic relationship. We strive to provide our clients with a welcoming, friendly and relaxed environment, always ensuring patient confidentiality and welfare. This is paramount to our continued practice and development and enables our clients to feel safe and confident in the knowledge that they are receiving the best possible care for their individual needs. 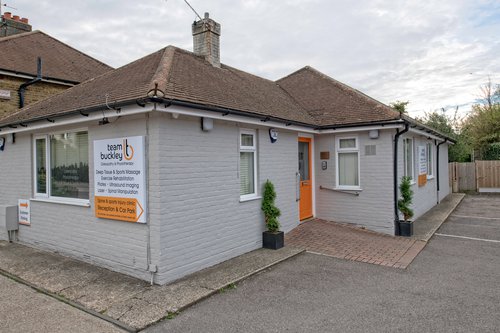 Our Canterbury clinic was established in 1997. Andrew Buckley took over as owner, having managed the clinic for several years in 2006. Since then the clinic has been re-branded as TEAM BUCKLEY and has extended its scope. It is now a multi-disciplinary clinic providing osteopathy, physiotherapy , sports Therapy and deep tissue Massage.

Our aim is to address re-occurring problems by indentifying the potential causes of the problem and not just the symptoms and provide optimal rehabilitation and self help stategies.

All of our therapists are registered with the relevant regulatory bodies for their profession(s). 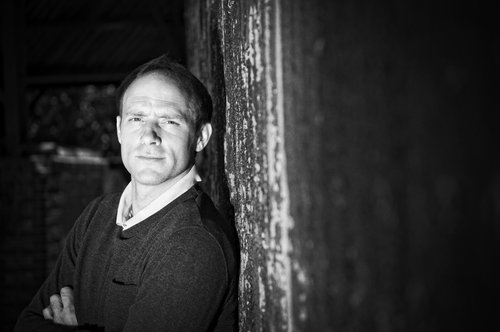 Clinic Director and Clinical Lead of Osteopathy and Physiotherapy at Team Buckley.

Andrew is a qualified Osteopath and Physiotherapist, as well as a lecturer and examiner in Sports Physiotherapy at the University of Bath. With post graduate qualifications in Spinal Trauma and Orthopaedics, Shoulder and Elbow rehabilitation and certificates in Acupuncture, Sports Massage and Personal Training, Andrew is the Director of Team Buckley. He has worked at the clinic in Canterbury since it opened in 1997 when it was called the classical osteopathic and sports injury clinic. Andrew took over the clinic in 2006 and rebranded the company, with an emphasis on expanding the practice into a multidisciplinary team of highly skilled therapists.

He has also worked with many professional teams and athletes at both international and national levels, including the USA Track Cycling team, Gillingham and Fulham football clubs, Team Bath Judo, England Basketball, Canterbury men’s hockey, the New Zealand Ballet and the Team China Paralympic medal-winning team. He currently works as a Senior Therapist supporting the riders at the prestigious Isle of Man TT (a motorcycle event).

Andrew also provides consultancy teaching in Spinal Pathology, Manual Therapy and Manipulation techniques for physiotherapists, osteopaths and chiropractors and has taught these techniques to several premier league rugby and football teams. His qualifications and experience allow Andrew to offer his own unique style of treatment from a medical and holistic perspective. His areas of interest are spinal pain, frozen shoulder, Knee ligament and post-trauma rehabilitation.

Andrew is a former footballer, having played for many local teams including the youth team at Gillingham Fc. Injuries limited Andrew’s progression in football, and it is partly this that led him to training in the fields he has, meaning he has a personal understanding of the frustrations of being injured and the rehabilitation required to achieve the desired outcome. Away from work, he enjoys weight training and riding his many bikes.